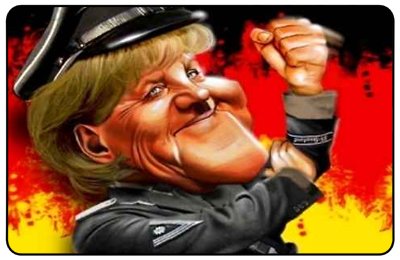 For many centuries Europe has been the best of the best. Today however it is declining rapidly. Europe is changing due to an epochal transformation: on one hand the economic and social destabilisation caused by the United States of America and on the other hand an environmental crisis that will oblige the industrialised countries to review the way they produce and consume. If we observe the world as a coalition of countries we realise that the European Union is faulting. To be honest it is not the sole culprit. A cause is to be found in the destabilisation of the Middle East that has triggered a spiral of terror and caused an unprecedented and uncontrolled immigration.
That the European Union is breaking can be seen from the recent (Brexit) of the UK. Two Europes exist, the rich countries and those that have failed, but soon the physiognomy of Europe will not even reflect the present situation.
Wealthy countries such as Denmark, The Netherlands, Sweden and Austria are pressing for a referendum that will permit the population to vote whether to stay or break away. France itself, if in 2017 Le Pen will be elected, a referendum is possible. Also in Italy, if the Movimento 5 Stelle will govern the country, most probably there will be a vote to leave the European Union. Europe will not be the same.
It is due to the inadequacy of European laws that the Union is heading towards a collapse and the demise of a dream. Yes, it appears to have been only a pleasant dream! The truth is that there has never really been the pride of being part of a United Europe. How many of you have seen the European flag? If you have seen it, it was most probably raised outside an embassy.
How can the wound be healed? It needs to be reconstructed from its foundations. The only way to strengthen the crumbling Union is to implement radical reforms and return to the core of its policy: a Common Market. A major national responsibility is needed by curbing the power from the unelected Commission that in actuality is the only organism able to legislate today. I very much doubt this will happen and that in 10 years time we will witness a completely different Europe from what we know today.

The leaders have not be able to govern
Although Germany, more than any other country of the Union, has looked after its own interests, is now been hit by a flash flood. A generalised populist and anti-European drift has risen because each member of the European Union has not acted decisively in defending the rights of its own citizens. Now it appears to be too late. We are assisting at a dual, one against the other and all against all, in which there is no winner.

May Europe rest in peace.

8 reasons to live in Sweden
Scroll to top