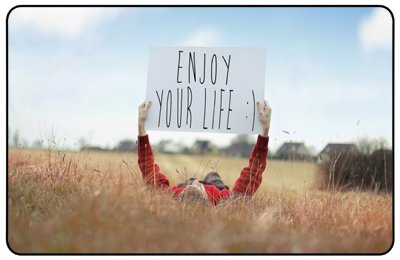 According to the World Happiness Report 2017 issued by the United Nations Norway is crowned the world’s happiest country.

According to the UN report, the first ten positions are occupied by Norway, Denmark, Iceland, Switzerland, Finland, The Netherlands, Canada, New Zealand, Australia and Sweden.

Let’s briefly examine on what basis the rating has been made. In the report (that can be downloaded from HERE) six parameters are analysed: per capita income, social support (intended as solidarity between people), good health life expectancy, the level of donation generosity, the freedom to make ones own decisions in life, and the level of corruption in Government and Business enterprises.

As a result of the parameters of this analysis there appears to be a mathematical formula for happiness and due to this Italy, to give an example, is placed 48th (between Uzbekistan and Russia) in a ranking of a 155 countries (in reality the world countries are 196 in addition to the Vatican City).

The United States and the United Kingdom are placed 14th and 19th respectively.

At the bottom of the ranking we find South Sudan, Liberia, Guinea, Togo, Rwanda, Tanzania, Burundi and the Central African Repubblic.

But is this really the reality?

To define happiness is a daunting task but to determine the degree of happiness of a country is even more daunting. The parameters considered by the United Nations in their World Happiness Report in undoubtedly an excellent starting point, however only 6 parameters are examined.

I believe that we should take into consideration many more factors such as Climate. Pollution, Occupation, Presence of wars, Drug use, Alcohol consumption etc.

And what about the suicide rates? If we take into consideration this parameter Norway would not be crowned the happiest but 92nd! What a fall towards unhappiness!

That is why, before accepting the analysis of only a few parameters, one should examine many more that could influence the life of a person. Our eBook Paradise Found at Last!, 50 key topics are examined giving you the possibility to find your ideal place where to live. It is a proven method, easy to actuate and clearly expressed.

When we are searching for happiness, don’t trust those who present a predetermined ranking. Instead it is sensible to examine singularly all those many parameters which, according to our way of seeing things, will create our happiness.

The Safest Way to Travel
Scroll to top